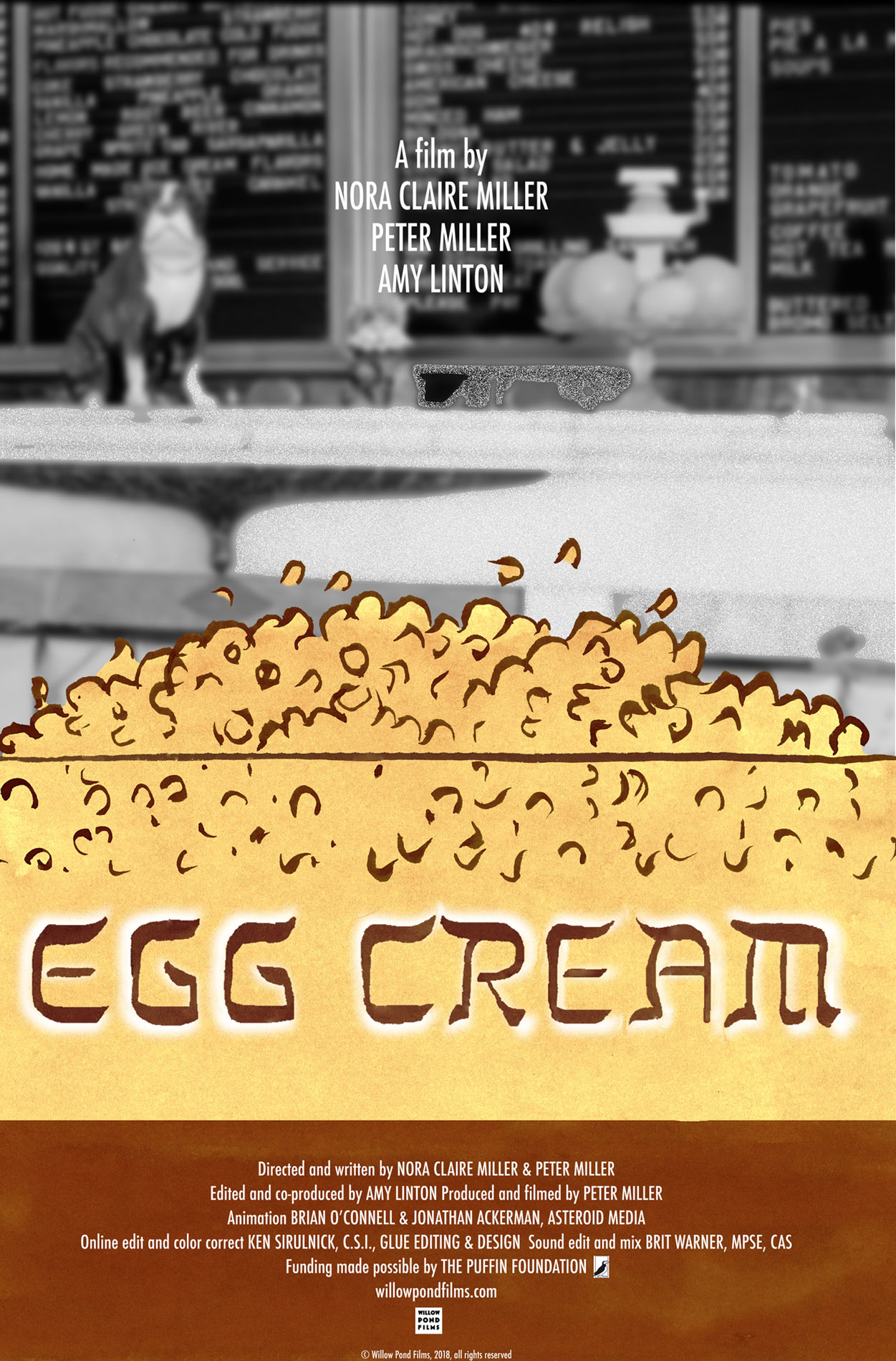 Egg Cream is a short film about memory, history, and the enduring meaning of a beloved chocolate soda drink born in Jewish immigrant neighborhoods at the turn of the 20th century.

The egg cream contained neither eggs nor cream – it was a product of necessity and hardship, but a source of joy and sweetness.

Through a tour of egg cream establishments led by a filmmaker and his young daughter, exhaustively researched archival imagery, and even a song by Lou Reed, the film examines the Jewish experience in America and the mythology of a simpler time.