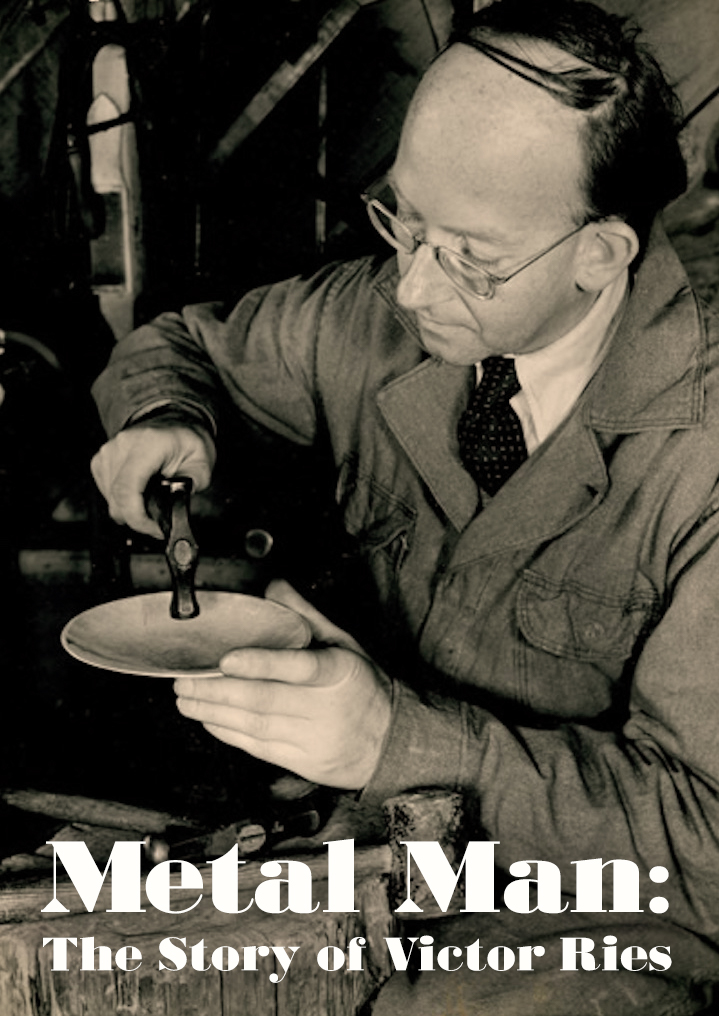 Victor Ries, considered one of the greatest metal artist/craftsman of the 20th century, died in 2013 at nearly 106 years old.

His inspiring story takes us through early life in Germany, fleeing Nazis for Palestine in 1933, before emigrating to America during the 1948 Arab-Israeli War. He began his American career at the legendary Pond Farm art school/cooperative in Guerneville, CA.

In the US, he held numerous shows at major San Francisco museums in the 1950’s, and developed a reputation as a visionary in liturgical art and as a highly respected teacher.

From childhood until his passing he made myriad drawings chronicling his life, including his beautiful 50 year marriage to his wife Ruth. Victor leaves an important legacy of undeniably excellent and hugely abundant metal artworks of all kinds and sizes, from jewelry to major screen and altar installations in synagogues and churches.

Mr. Reis designed and created the metal ten commandments now hanging on the bema in the Liberman Chapel located at the Jewish Community Center of Palm Springs.

Metal Man: The Story of Victor Ries is presented by The Jewish-American Hall of Fame: A Division of the American Jewish Historical Society.