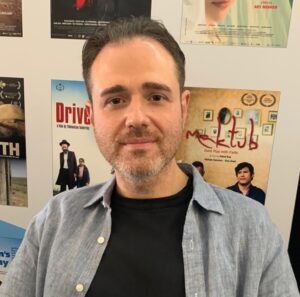 Lainie Kazan is an American actress and singer. She was nominated for the Primetime Emmy Award for Outstanding Guest Actress in a Drama Series for St. Elsewhere and the 1993 Tony Award for Best Featured Actress in a Musical for My Favorite Year.  Renée Adorée Taylor is an American actress, screenwriter, playwright, producer and director. Taylor was nominated for an Academy Award for co-writing the screenplay for the film Lovers and Other Strangers. She also played Sylvia Fine on the television sitcom The Nanny.  Gabriel Balogna is an actor and Director known for Tango Shalom (2021), Love Is All There Is (1996) and Captain EO (1986).

Syndrome K – Rabbi Steven Rosenberg will lead a discussion following the film on the history of the Catholic Church and Jews during World War II.

Bring a lunch (or purchase one at the theatre) and join Rabbi Steven Rosenberg for a “Lobby Conversation” about bereavement and other topics in this year’s movies.

Thank you to Cohen Media for helping to sponsor this movie.

Join us for a World Premiere as we celebrate the 50th Anniversary of Fiddler on The Roof!

This is an opportunity to view a classic feature by the same Writer/Director Lynn Roth that will be speaking at our Closing Night Film!

film shows at 7:00 PM  Thank you to Oscar’s for sponsoring this evening!

Oscar’s is located in the heart of Palm Springs.  They are best known for their beautiful outdoor courtyard that is the home to many events.  Concerts with Melissa Manchester to film premieres to Open Mic Nights and celebrity sightings— Oscar’s has something for everyone.  On top of some amazing events, they have a fantastic restaurant menu.