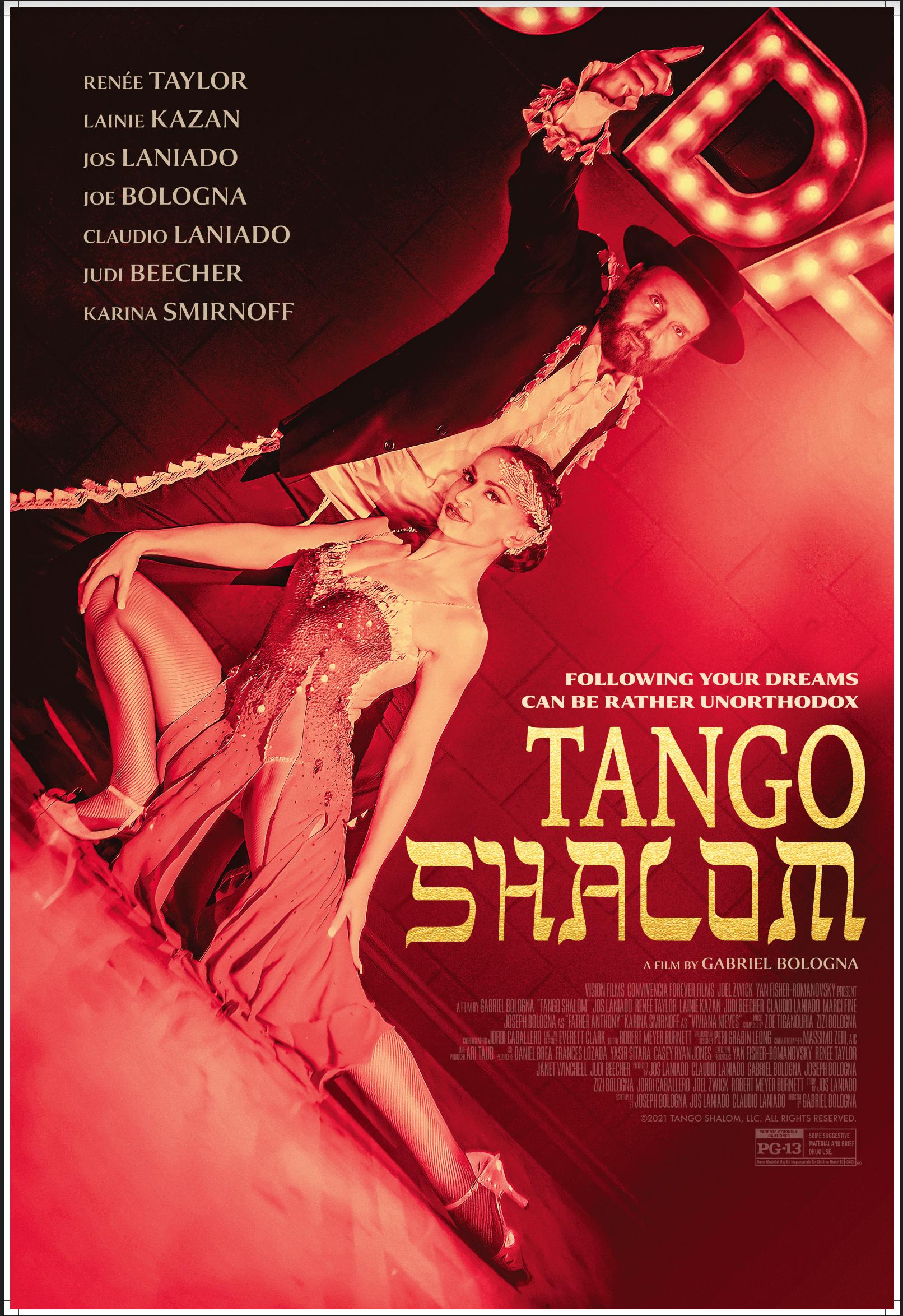 A Tango dancer and a rabbi develop a plan to enter a dance competition without sacrificing his orthodox beliefs. Family, tolerance, and community are tested one dazzling dance step at a time.

Join us after for a Q&A with Laine Kazan, Renee Taylor and the director, Gabe Bologna.