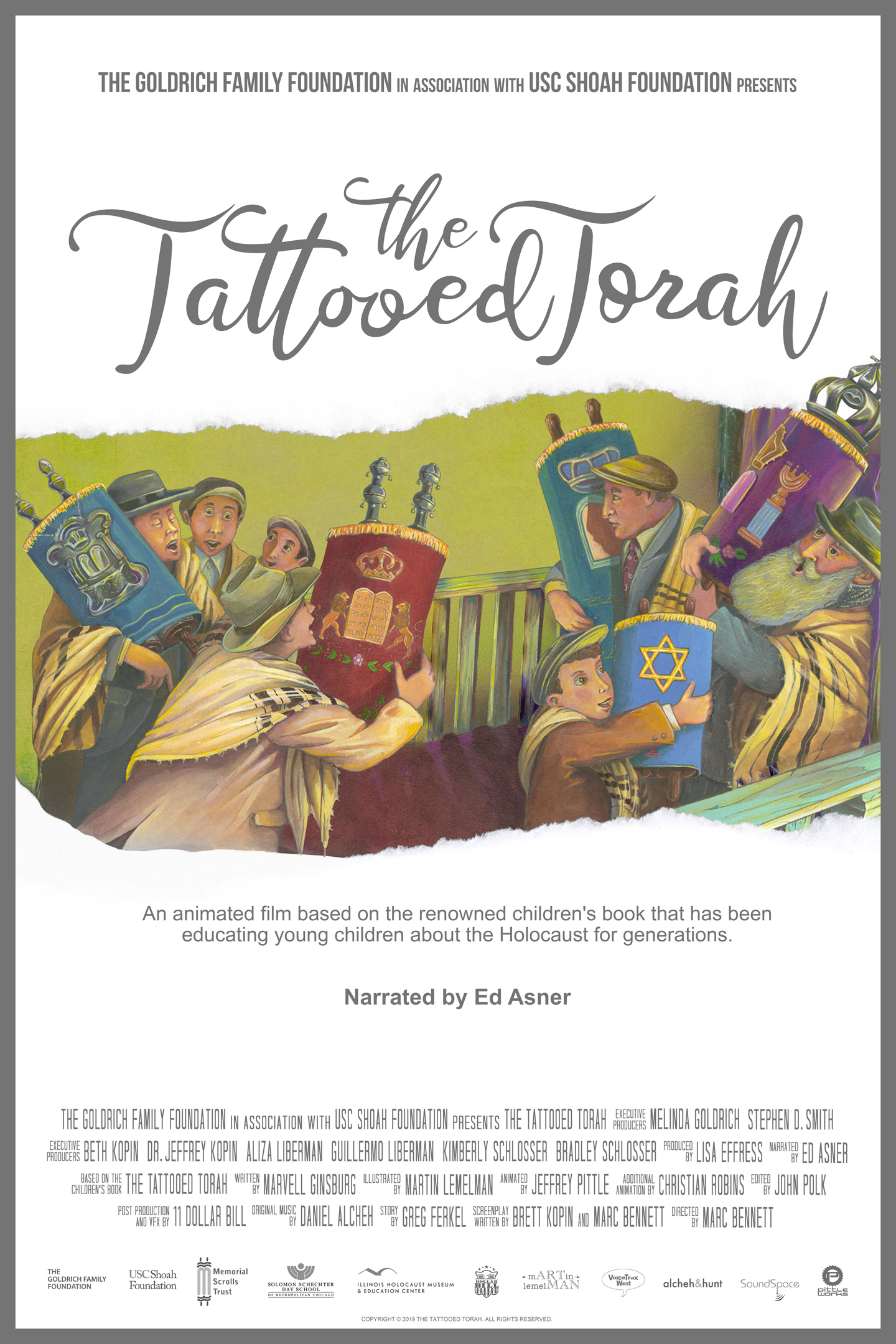 Over the last three decades, the beloved children’s book by Marvell Ginsburg, The Tattooed Torah, has been a powerful resource for Holocaust education for children. Marvell was the director of Early Childhood Education for the Board of Jewish Education in Chicago for many years, and is the author of numerous books and articles.

The adaptation of The Tattooed Torah into an animated short film is a three-generational endeavor, initiated by Marvell’s daughter, Beth Kopin, who first had the dream to transform this book into a film, and is one of the executive producers. Beth’s son Brett, the co-screenwriter of the screenplay, is currently a rabbinical student in Los Angeles.

The film brings illustrator Martin Lemelman’s rich artwork to life, and will allow this story to reach a much broader audience all over the world. Now more than ever, it is essential to continue teaching the lessons of the Holocaust to young children in an impactful and palatable way, so that such horrific events are never forgotten and never repeated.